Venlo to the European top with the Smart Logistics Centre

As a stakeholder in the Smart Logistics Centre Venlo project, we as GEBA Trans are proud of its recent official launch. The Venlo-Venray logistics hotspot will use this initiative to focus on four important cornerstones, ensuring that we will remain to be the number one logistics hotspot in Europe. These cornerstones are: Infrastructure, Employment and Training, Innovation and Public Relations. As an active member of one of the committees that manages this initiative, GEBA Trans will be closely connected to all developments.

Presence at the 2014 Transport & Logistics exhibition

From November 11th to November 13th, GEBA Trans will be present at the 2014 Transport & Logistics exhibition. And for the very first time, it will be combined with the international Intermodal Europe 2014 exhibition. A unique combination of exhibitions that will take place in Europe’s number one logistics hub, Rotterdam.

Venlo-Venray: No. 1 logistics hotspot in the Netherlands

We are proud to inform you that the Venlo-Venray region has once again won the first prize in the election for Logistics Hotspot in het Netherlands. It hardly seems a coincidence that our region has won this prize for the seventh consecutive time! Of the six criteria used to weigh all applicants, the Venlo-Venray region obtained the highest possible score in four of them, according to a panel of 25 experts. The second place was a surprise this year and went to the Tilburg-Waalwijk region, which finally surpassed its western neighbors in the West-Brabant region (Moerdijk-Roosendaal-Breda-Oosterhout). City councilor of Economic Affairs for the city of Venlo, Mr. Stephan Satijn, responded enthusiastically to the news that our region once again proved to be the best choice for logistics: “This is a great boost for Venlo, but also a reason to work even harder and expand our success.”

Posted on 9 December, 2013 in the category News 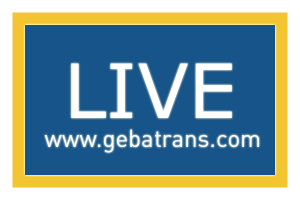 Our new website has been launched on December 9th 2013. Throughout the past months, we have worked in a new, trendy and dynamical digital communication channel with Trendwerk Web Development from Enschede, the Netherlands.

Posted on 5 September, 2013 in the category News

On Wednesday September 4th 2013, the day finally arrived: the official start of the cycling project ‘GEBA Galibier’. This joint conquering of the famous Tour de France ascent of the Col du Galibier (climbing for 42 kilometers to reach a height of 2,645 meters) is the ultimate team building activity, according to CEO Fred Spijksma. Together with bike shop Metropool in Venlo, the company facilitated brand new racing bikes and all required equipment to enable the eleven participating staff members to successfully complete this challenge in the Pentecost weekend in 2014. That same day, Mr. Spijksma gave a presentation in which he elaborated on his philosophy behind this project. “Geba moves on”, is applicable to both the company and its staff in multiple ways. This was once again confirmed by sports instructor and project supervisor Marc Routs, who emphasized that a climb taking more than three hours is indeed a top sports performance.

Dear Stakeholder, As you will undoubtedly know, this past weekend revolved entirely around the…

On July 7th, 2017, GEBA Trans relocated its headquarters to a brand new location,…

Opening new branch office in the Port of Rotterdam